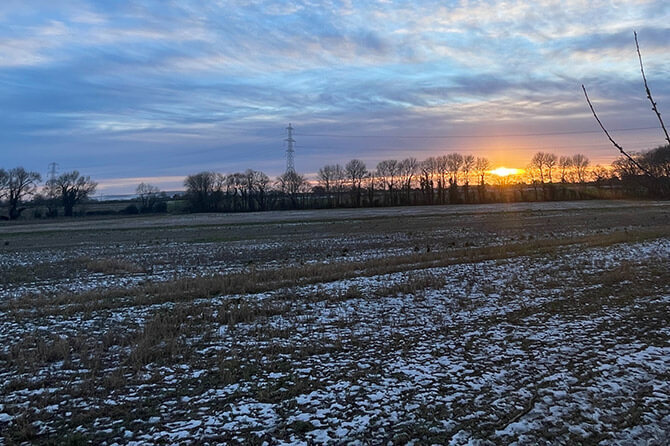 More than just ‘winter blues’, Seasonal Affective Disorder (SAD) is a challenging disorder typically present during the winter months that affects your mood, energy levels, and concentration, not to mention your sleep.

We’ve pulled together some insights that might help you understand SAD a little better, and how to address the symptoms.

In the UK, approximately 6% of people are affected by Seasonal Affective Disorder. It’s a complex, and often misunderstood, illness that can disrupt your daily functioning and negatively impact the quality of sleep you get at night.

SAD can affect sleep in several ways, from triggering hyposomnia (sleeping too much) to making it difficult to stay asleep at night. The disorder can seriously disturb your sleep pattern, contributing to increased symptoms of depression and exhaustion.

A study found people struggling with SAD sleep up to two hours longer per night in the winter, contributing to increased feelings of grogginess during the day. Research has also indicated a spike in nightmares among people with SAD.

In another study looking at Finnish people diagnosed with SAD, results indicated that 25% of people with SAD experienced insomnia, versus 7.6% of the general population.

And the opposite is also true.

A 1994 study revealed that 80% of people diagnosed with SAD experienced hypersomnia. Moreover, the same research showed that SAD also affects the amount of deep sleep a person gets, meaning that SAD sufferers may not benefit from the same quality of sleep as others.

As such, it’s important to understand what Seasonal Affective Disorder is, and how you can address its symptoms. 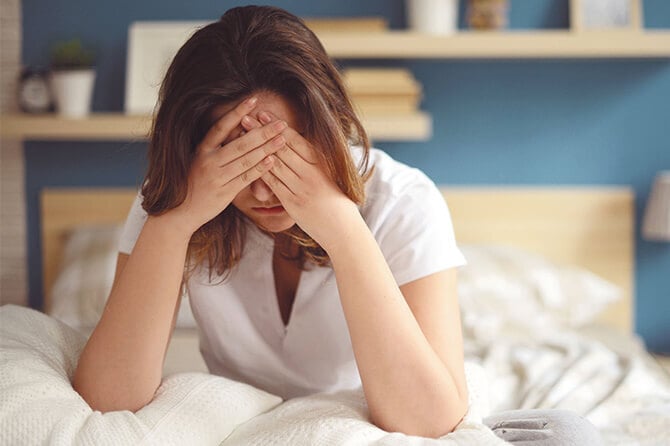 What is Seasonal Affective Disorder?

Often (inaccurately) dismissed as ‘winter blues’, symptoms of SAD range from persistent low mood to extreme lethargy, so it’s important to understand the disorder and take proactive steps to address its effects.

Typified by recurring bouts of low mood that occur at the same intervals each year, Seasonal Affective Disorder is a type of depression that, as the name suggests, is linked to changes in the seasons.

Most often (but not always) occurring during the winter months, symptoms of SAD often intensify as the nights draw in and is thought to be triggered by reduced exposure to daylight.

Though the causes of Seasonal Affective Disorder are still much debated, continued study into the illness has linked it to a lack of exposure to sunlight and disruptions to your circadian rhythm (your internal body clock) triggered by changes in the season.

The symptoms of Seasonal Affective Disorder typically vary from person to person, so it’s important to be mindful of what’s normal for you and make note of any changes to your mood, energy levels or sleep patterns.

Commonly reported symptoms of SAD include:

You might experience some, but not necessarily all of these symptoms, so it’s important to be aware of any changes, especially those that occur as the winter begins to set in.

It’s normal to feel some level of sadness during winter, especially in the UK, where, let’s face it, winter is dismal, but if you find you’re struggling to cope with day-to-day activities, you might be suffering from SAD.

The causes of SAD are hotly debated amongst doctors and sleep scientists, but there’s a consensus that the disorder is linked to your body clock and changes to levels of melatonin and serotonin in your body, as well as the lack of light in the winter months.

For example, some researchers suggest that less exposure to sunlight affects the hypothalamus – the part of your brain responsible for the production of melatonin and serotonin. The lack of these hormones can lead to low mood, irritability and issues with concentration typical of SAD.

Another theory concerns changes to your body clock. Essentially, the lack of sunlight in the winter months, which is worsened by daylight savings time, disrupts your body’s internal clock, knocking you ‘off rhythm’, and resulting in feelings of depression and a loss of energy.

How to Manage Seasonal Affective Disorder

Seasonal Affective Disorder can be highly disruptive, but there are steps you can take to address its symptoms.

The most common treatment for SAD is light therapy, where bright light (emitted by a so-called ’lightbox’) is used to mimic the effects of natural sunlight, thereby boosting levels of serotonin and melatonin in your body.

In addition to light therapy, it’s also recommended you get as much natural light as possible during the day, whether by going for walks or allowing as much light as possible into your living/workspace. This will lead to higher levels of natural vitamin D, which, amongst other benefits, helps regulate your body clock. You might also take a vitamin D supplement.

Research has indicated that SAD can also be managed (in part) with regular exercise. Whether it’s a brisk morning jog or regular trips to the gym, exercise can reduce the amount of time it takes you to fall asleep as well as boost the likelihood of staying asleep. Mild-to-moderate exercise can also alleviate symptoms of SAD such as daytime grogginess and low mood.

Other treatments for Seasonal Affective Disorder include:

For these treatments, it’s important to consult your GP, who’ll provide guidance and access to appropriate support. 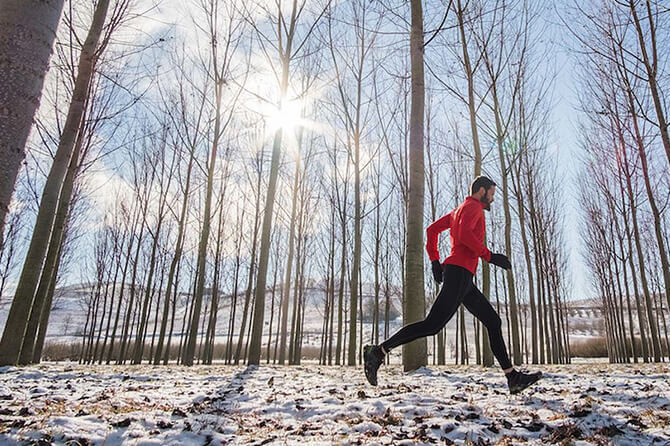 Seasonal Affective Disorder can be challenging, but with the right combination of lifestyle changes, talking therapies and, if required, medications, it’s possible to manage your symptoms and boost your chances of getting a good night’s rest.

For advice on how to improve your sleep hygiene, check out our sleep blog. 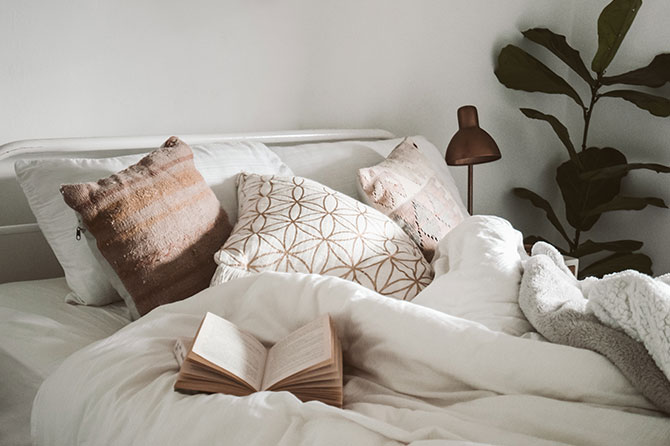 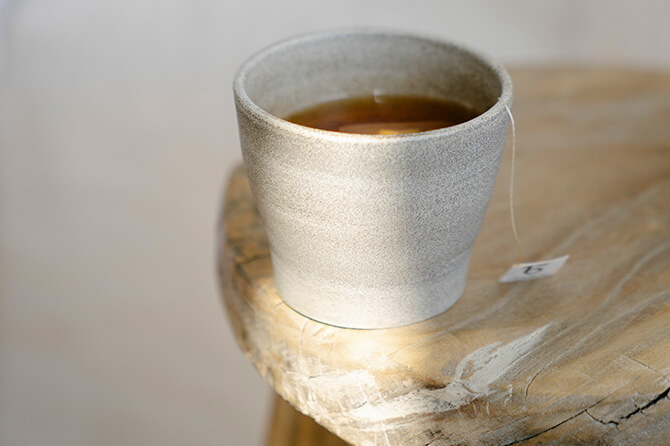 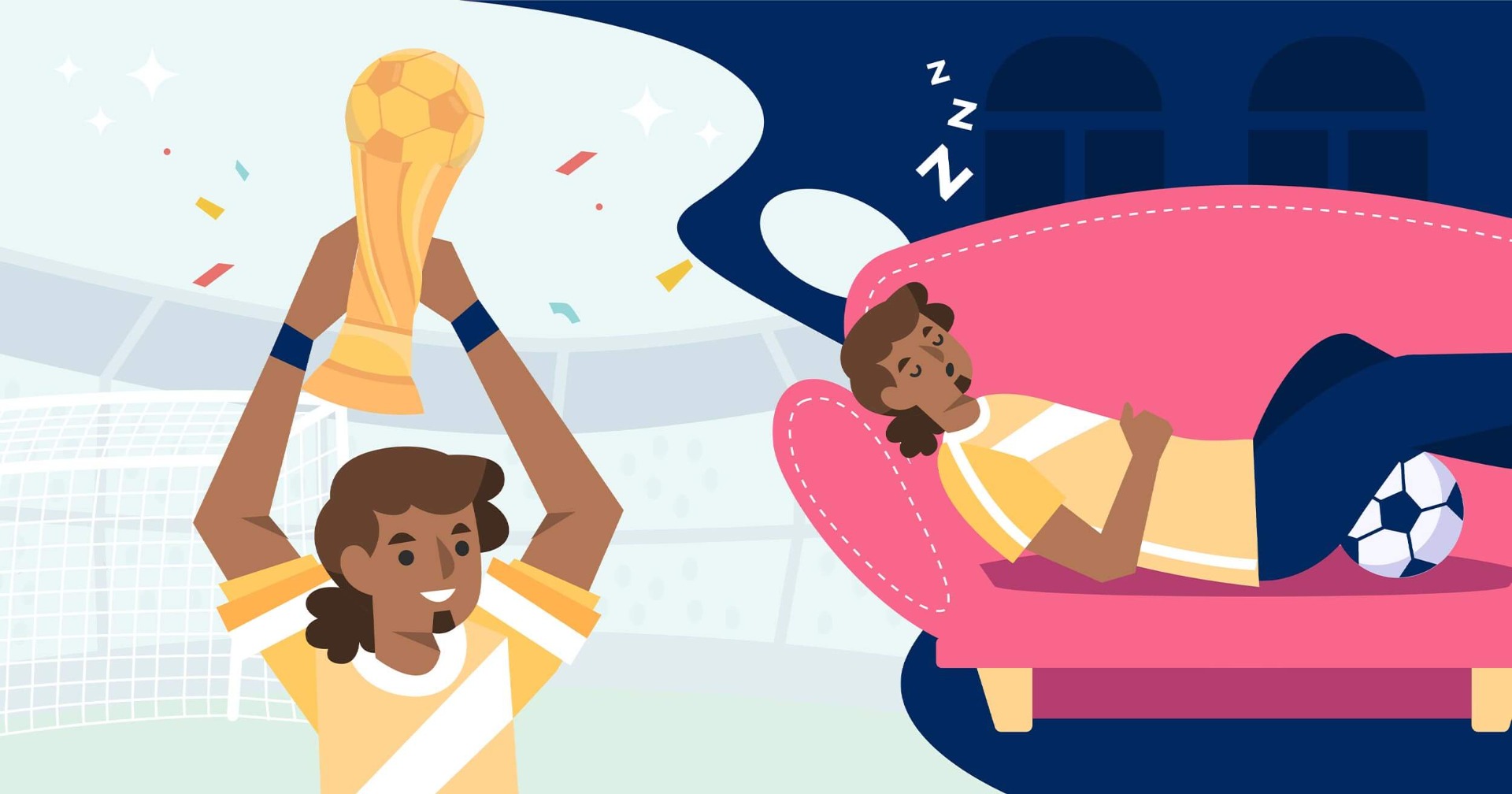