Question: do you have a sleep playlist? An expertly curated collection of calming songs, to be strategically deployed as your day winds down?

Music is life’s co-pilot. And we lean on it for everything. Breakups? Check. Weddings? You bet. Trouble sleeping? Not always.

And why would we? Despite studies highlighting how music improves sleep quality, using music to sleep remains sort of… fringe. A curiosity rather than a scientifically proven means of getting better quality shut-eye.

But we’re keen to change that. And in the spirit of fusing our love of music with our passion for getting you a full night’s rest, we’ve curated the ultimate sleep playlist. But this isn’t just any sleep playlist. Oh, no. We’ve donned the lab coats, analysed the beats, and curated a playlist designed to help you drift off.

But before we reveal our playlist picks, let’s explore exactly how music affects sleep shall we?

How Does Music Help You Sleep?

Our brains love music and they’re hardwired to respond to it; both physically and emotionally. You know what we’re talking about. It’s that euphoria you feel as a song begins to soar or the irresistible urge to dance as a rhythm pulls you in.

And it’s in this psychological response that the magic happens.

You see, aside from more environmental benefits such as drowning out background noise made by passing cars, barking dogs, and noisy neighbours, music regulates our breathing, triggers the release of dopamine, and even lowers the level of cortisol (the buzzkill hormone responsible for stress) in our bodies, which makes it a valuable ally at bedtime.

And when combined with our brain’s other true love – routine – music can form the basis of a sure-fire sleep routine, signalling that it’s time to wind down and prepare for slumberland.

What’s The Best Music for Sleep?

Right, we’ve heard the support acts. Let’s move onto the main event: our ultimate sleep playlist. But first, a note on our selection process.

There’s a consensus amongst sleep scientists that music between 60 – 100 bpm (beats per minute) is best for sleep. Why, you ask? Well, it concerns the body’s physiological response to music.

The average person’s resting heart rate sits between 60 – 80 bpm, so by listening to music within this tempo, you’ll lull your body into an ideal sleep rhythm, as your breathing matches the beats: creating a soothingly meditative effect.

While genre isn’t necessarily a sleep playlist dealbreaker, some styles of music are inherently faster than others, precluding them from our playlist.

That said, some research indicates that genre isn’t as important as you might think, and emotional attachments to songs can supersede a lower bpm. (We’re looking at you, punk, indie, and metal fans.)

Easy Life: Daydreams
Underpinned by a hypnotic programmed drum loop, Daydreams is an ultra-chilled slice of ambient pop that, despite its title, will have you drifting off to sleep whenever you lay your head down.

The audio equivalent of gentle waves rolling onto the beach, it creates a peaceful low-energy vibe perfect for bedtime.

Lorde: Royals
Is it possible to be lavish and subdued? Well, yes. And Lorde delivered the proof. A sparse, tightly wound slab of electro-pop, Royals ticks along at a precise 85bpm, never deviating or losing focus. The effect is (almost literally) hypnotic.

Phoebe Bridgers: Garden Song
A mainstay in meditative music, gently plucked acoustic guitars have an instantly sedative effect on us; and the second pick on our sleep playlist is no exception. Plaintive and introspective, it’s a gentle slice of folk-pop registering at an ideal 100bpm.

And at no point during its epic five-minute duration does it stray above 87 beats per minute; giving you time to settle into your sleep groove.

Billie Eilish: When the Party’s Over
Aptly titled for a sleep playlist pick, right?

The low-fi choral vocals and spare piano are a match made in dreamer heaven. And they’re maintained at a consistent 83bpm, sweetening the deal.

The Vaselines: Jesus Don’t Want Me for a Sunbeam
Side note: who knew the accordion could sound so… edgy?

You’re probably familiar with this spiky spot of folk-rock from its inclusion in Nirvana’s legendary MTV Unplugged concert, but they played it at 132bpm. The original moves along at a much more sleep-friendly 100bpm.

Loyle Carner: Damselfly
Typically, the rapid-fire lyricism of hip hop isn’t recommended for sleep playlists. But where there’s a rule, there’s an exception.

Lana Del Rey: Video Games
A torch song for the 21st century, Video Games is a sprawling, cinematic slow burn, slinking along at an entrancing 73 bpm; so unhurried, you’d be likely to doze off if you listened to it at midday. It’s sure to add some elegance to your late-night listening.

But, as with all things sleep-centric, we’re led by science. And with a BPM of 81, Space Oddity is an ideal addition to any sleep playlist. The drifting, spacious quality of both the arrangement and the song’s narrative don’t hurt, either.

Frank Ocean: Nights
Soft electronica, anyone? Subtle, yet driving; Nights pulses along at 90bpm, and is infused with a quietly reflective tone. And while the scope of the track expands throughout its five-minute runtime, it never loses the easy-going thrum that underpins it.

Panic at the Disco: Impossible Year
In a word: dreamy. In another: pensive.

A hazy, Sinatra-esque slow burn in which even the instruments (piano, horns, and strings) sound like they’re winding down for bed. The closing track from the 2016 album Death of a Bachelor drifts towards its gentle finale at an ultra-laidback 86bpm. Blissful.

Etta James: At Last
Okay. There’s no way you haven’t heard this superb slice of early-60s soul. (And if you haven’t, you’re in for a treat!) Dreamy in almost every sense of the word, it glides along at a leisurely 82bpm. So, lay back and allow yourself to be lulled to sleep by cinematic sting arrangements and quietly powerful vocals.

As Etta phrases it: “a dream I could call my own.”

The Smashing Pumpkins: By Starlight
Fun fact: the cycle of days into nights is a recurring motif the Pumpkin’s 1995 magnum opus Melon Collie and the Infinite Sadness (from which this track is taken).

The alt-rock stalwarts intended it as metaphor for aging, but we’re most taken by the way this track – the penultimate of the album – uses a variety of acoustic instrumentation, including guitars, pianos, and percussion to create a sleep soundscape, if you will.

And, to cement its spot on our sleep playlist, it clocks in at 100bpm.

Tip: if you really want to get dreamy, try listening to this one at half speed.

Bastille: Can’t Fight This Feeling
Let’s get grandiose for a moment, shall we? Bastille’s cover of the iconic 80s power ballad (originally by REO Speedwagon) features the spine-tingling support of the London Contemporary Orchestra, and the effect is dazzling.

But despite its more bombastic nature, its tempo is kept in check by pounding softly booming timpani drums, never allowing it stray beyond a steadily, sleep-friendly rhythm.

The Everly Brothers: All I Have to Do Is Dream
The clue’s in the title, right?

Utterly synonymous with sleep, the Everly Brothers’ 1965 classic has featured in adverts, TV shows, films, and even video games. As such, your brain likely already associates it with the notion of blissful, restful sleep.

Side note: The Everly Brothers seemed fascinated by the idea of sleep, with other tracks considered for our playlist including When I Grow Too Old to Dream, Sleepless Nights, and Send Me the Pillow That You Dream On.

Get your own shtick, boys. Sleep’s our thing.


And there you have it. The ultimate sleep playlist, as informed by science. Find it on Spotify here, save it to your playlists and get snoozing!

Got playlist picks of your own? We'd love to know in the comments below. 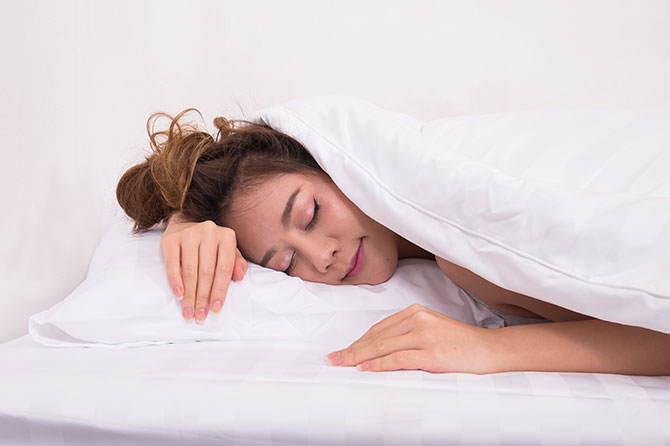 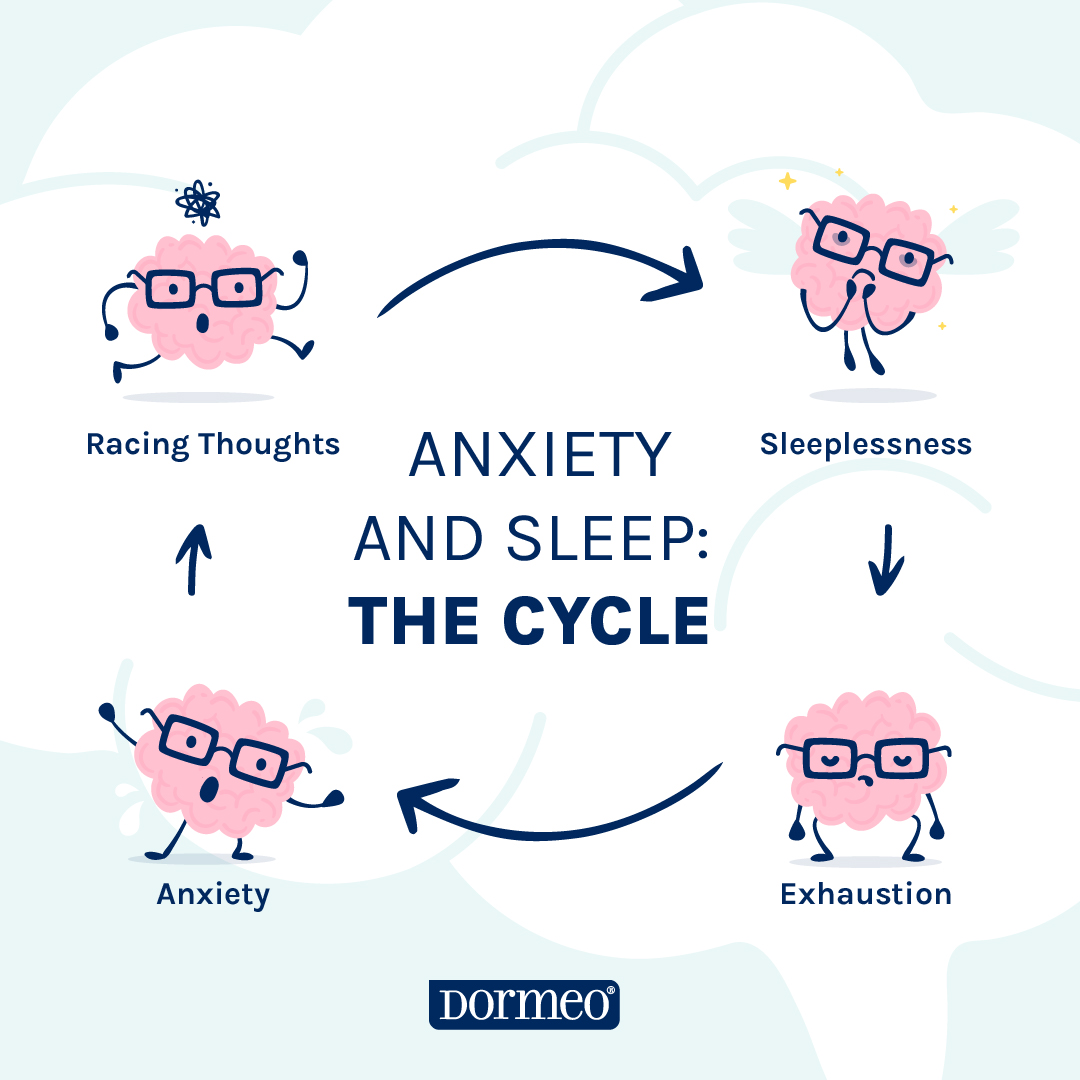